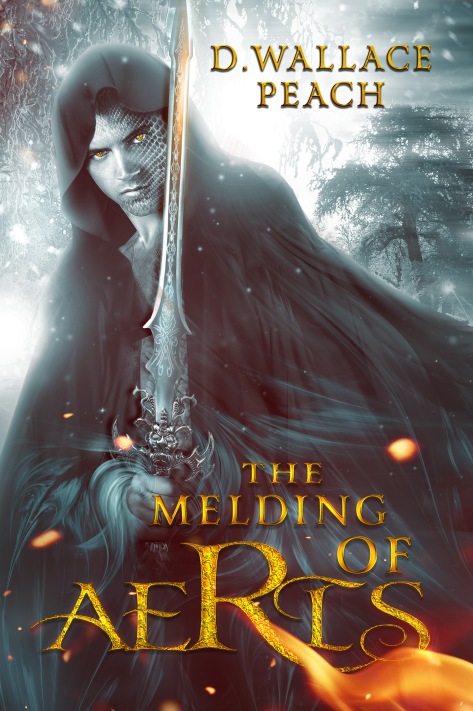 Four generations ago, the realms fell to fire. The Burn, the only means of destroying a lush land so manipulated by man that while its crops sated hunger, it poisoned the flesh. Now the wilderness slowly reseeds itself unassisted, the hard lessons learned through starvation, displacement, and poverty. What remains for nature’s tinkerers? The human body.

Pathway, the coveted distillation that enables the grafting of skin across species. The warriors of the Sea Barrows meld spiral horns to their skulls, reptilian scale to their chests. They embed the razor teeth of sea beasts in the bones of their forearms and replace the flesh on their backs with the fur of wolves. Women of wealth adorn their bodies with serpent skin as elegant as black lace, long tails, plumed feathers and silken fur, their own skin cast off, no longer desirable.

A man who longs to be human.

Order your copy through Amazon’s global link here: The Melding of Aeris

Lasandra’s new lips curved in a bow, blood red and as plump and luscious as a bruise. Barely clad, she posed before her silvered looking-glass, glimpsing in her reflection the potential for perfection. Her transfiguration was almost complete, the last scars faint red seams that would fade in a matter of weeks.

She wanted new eyes, green ones, the bright emerald of spring grass or fresh limes, and a cascade of long curls as black and thick as a moonless sea. She’d spotted the ones she desired in the marketplace. The woman sold yellow onions from a crudely woven basket. Poor and barefoot, she would sell hers, surely. Lasandra could afford whatever the woman asked, and she’d purchase replacements. She wasn’t merciless; she wouldn’t leave the woman bald and blind.

Her fingers traced the tiny jewels arching over her eyebrows, four on each side. She’d decided on fire rubies with simple gold settings, nothing ostentatious. Bone-studding was nothing new, but with the other modifications, the gems dazzled the eye. And it hadn’t hurt at all when Syr Sorelis drilled the dainty screws into her forehead. Thank the alchemists for that little miracle.

A sultry pout over her shoulder, she turned in the mirror, admiring her skin. The designers had schemed with her for more than a year, visualizing something asymmetrical yet precisely balanced. And the Bestiary had grown the species exactly to her specifications, no easy task. The serpent skin scalloped like black lace over fresh snow: sheer, delicate, and soft to the touch. It curled across her skin, beginning behind her ears and swirling across her breasts and belly, down the inside of her thighs where it tapered to slender points near the knees. It sheathed her hands and forearms like fingerless gloves.

The fur alone had required years to cultivate for she desired fine black and white stripes with the texture of velvet. The first animals had been deplorable, their pelts coarse, the fur long and thick. When finally a creature met her expectations, the transfiguration melded its skin to her shoulders like epaulets, formed a curved V down her back, and covered every inch of her legs where she hadn’t already melded the snakeskin. Stripes ringed her long, silken tail.

As she studied her composition in the mirror, it was all too evident that her brown hair and brown eyes simply wouldn’t do.