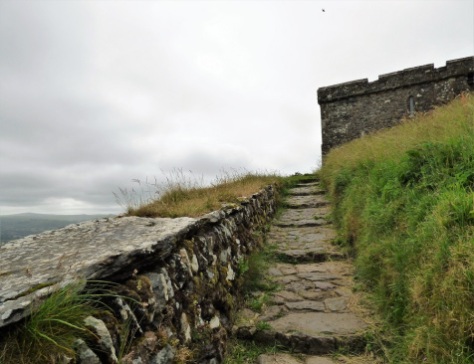 The cane wobbled. Its tip slipped, wedged between two stones, and stuck. Morten grumbled and shuffled up a step. His grandson was born with the brains of a turnip if he thought an old man could climb the steep path in a day. “A sacred site, pretty view, and perfect breeze,” the boy had explained. Morten would need to grow wings to reach the fort’s grassy summit before nightfall.

He thrust out his cane, planted it, and heaved himself up another step. The voices behind him grew louder, the crowd gaining on him. Resigned to his predicament, he twisted aside and backed up to the low wall flanking the path. His balance akilter, he landed his bony rump on the flat rock, lucky he didn’t tip backward and tumble down the hill. His cane clattered on the stone pavers.

The younger folk—his seventy-year-old daughter and her husband, his gaggle of grandchildren and stampede of great-grandies—hiked up the path. His daughter stooped to pick up the cane. “What is dad’s cane doing here?”

Her husband patted her shoulder. “Someone must have dropped it. We’ll bring it up.”

“Ahem!” Morten protested, but the troop resumed their march, paying him no mind and stranding him where he sat. He leaned forward, rocked, and pushed to his feet. With a grunt of effort, he straightened up, though “straight” was purely a matter of perspective.

He shambled farther up the path, knees creaking and fingers inching along the top of the wall. The breeze felt good, and the view was spectacular even though he hadn’t reached the top. After a short distance, the path smoothed and seemed less steep, and he abandoned the security of the wall. He took a few confident steps, and satisfied, added a bit of spring to his gait. He swung his arms and inhaled a deep breath. His pace increased, a renewed vigor thrumming through his heart.

He considered dancing a merry little a jig but dismissed the thought as overzealous. Instead, he picked a handful of summer flowers from the bank and waltzed like a groom on his wedding day. His wife appeared at the path’s peak and laughed, the clouds framing her like downy wings. He winked at her, smiling like a fool in love, surefooted, his life in bloom. The urge to run tickled at his toes, and he leapt into a strong lope, the muscles in his limbs stretching, his arms pumping, his vision clear and soul awake.

His wife opened her arms and received him. At the summit, his grandson smiled as a gust of wind gathered up the ashes from the lifted urn.

The image is from Sue Vincent’s Thursday #Writephoto prompt. Join in the fun. 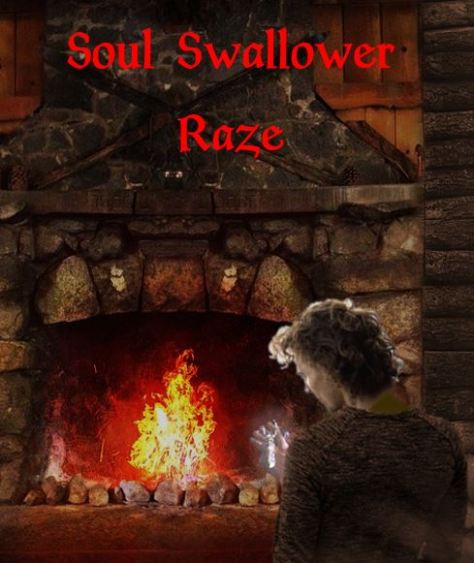 I think that’s the name of the series. I like the alliteration anyway. Better than Soul Gulper.

Perhaps you remember the character Raze from one of Sue Vincent’s #writephoto prompts. Well, he’s back with a series of his own.

I don’t have too much to share yet, but here’s a brief peek at the act of swallowing a soul:

When the others retired, Raze sat by the hearth, its flames dwindling to scarlet embers. His grief for Briyon unearthed old ghosts, his mother among them, an ageless portrait suspended in the gallery of his mind. Not so his memories of Mirelle. Those lingered with infinite fluidity, entangled with visions of the past and dreams of a future that would never be.

Six years had shuffled by since her death, five since he’d joined Briyon at the freehold, and no lever had proved long or strong enough to pry her from his heart. Loneliness invaded his body so deeply it punched the breath from his lungs and sapped the strength from his back, and no hoping and wishing could bring those people back. A twenty-one he was master of the freehold, a tired soul, angry at a world he couldn’t control.

He turned the pendant over in his hand, keenly aware of its delicate beauty. The white soulstone had transformed, no longer solid but translucent with pale wisps of color swirling like morning mist. Copper wire the breadth of a strand of hair coiled around it, holding a round sliver of peridot in place with a final twist of two tiny leaves. It glowed with a soft light, indicating the presence of a soul. A soul he loved.

With great care, he unhooked the copper leaves, unwound the wire, and removed the green gem that capped a small hole. Inside, an iridescent sphere resembling a pearl shone with a brilliance that startled him. Were all souls so bright? He didn’t know; this was his first. He rolled it into his hand. Would he swallow it? Did he want what Briyon offered? Was there anything to fear?

The pearl of light glowed in his palm, offering no insight. He placed it back into the pendant. No need to choose; no decision pressed him to act with haste. The round gem refitted, he coiled the wires, paused, and then uncoiled them. In one fluid motion, he uncapped the pendant, tipped the sphere into his mouth, and swallowed.

A rush of heat streamed from his belly, up through his heart into his head and down his limbs to his fingers and toes. His body trembled, the sensation alien, but not frightening, and not long lived, for it subsided as quickly as it had overtaken him. Eyes closed, he accepted Briyon’s soul. In the quiet of night, he exhaled a long breath, crept to bed, and dreamed another man’s dreams. 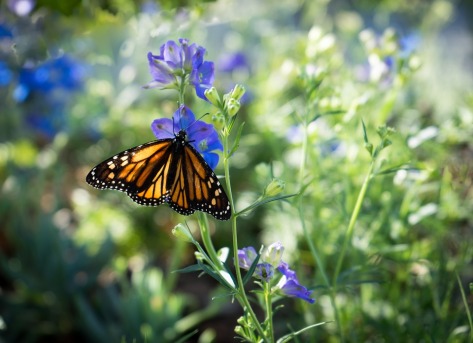 My brother’s death-day is today, so the Independence Day holiday is always a little skewed for our family. After he was killed, I started seeing Monarch butterflies everywhere. This poem is for him.

The harsh rend of my regrets

flutter into your scooped out hole

where heated scents of pine linger

on the cusp of summer’s silhouette

I lay beneath the blue blossoms

over your tattered wishes.

I would bury my yearning

in the dark and fecund loam

soak it with my tears.

in spite of mourning

your Forget Me Nots flourish

blue petals transformed though we both will stray

I wish all my American friends a wonderful July 4th celebration. Wherever you are in the world, enjoy your families and friends and hold them tight. ❤ 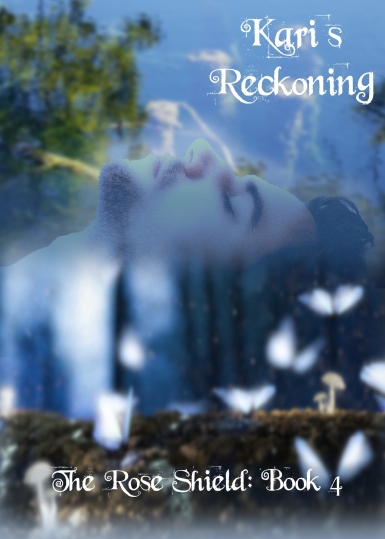 Catling’s Bane, the first book in The Rose Shield tetralogy is nearing the finish line, and unless some unforeseen computer meltdown halts all progress, it should be out… next week!

The rest of the books are slogging their way through my list of double-checks including Book 4: Kari’s Reckoning. Below is a little snippet. I took out the important names – so no hints (and a few extra pronouns). Stay tuned.

He carved woads into his own skin, scored his cheeks and hairline, sliced grooves into his chest and arms. He notched his ears and slashed his shoulders and thighs. Blood ran down his legs and arms, dripped from his chin and fingers. He flayed Guardian’s dagger from his forearm and would have found another place to carve if Lian hadn’t ripped his knife from his hands and flung it into the forest.

The Farlander heaved him up and carried him to the pond. The water glowed and whirled, rich with luminescence. He staggered into the freezing fluidity and lay down, sinking beneath the surface. The light retracted and surged back, clung to his skin, and burrowed into his flesh. His wounds burned. Luminescence swirled with his blood, entered his veins, and lit him like a brand. He rose for a breath and sank again, eyes open, his vision filled with divine brightness.

The world spoke to him, not with words but emotion, an ancient message extending back through eternal time. His blood leached out, blending with the planet’s soul, every fiber connected across the land and water and air, the living and dead. The world drew on his life, tasted its richness, and integrated him into the pattern. Life surged around him and exploded into him, unstoppable and larger than he and those he lost, all of them forever part of the whole. The sensation was love, but not the feeling of love. All the emotions, fear and sadness, joy and pleasure, anger, and passion blended into the rich and poignant elixir of life.

He gasped for breath and floated, his irises reflecting the three moons and a night drowned in stars. The fire in his veins abated and the sting in his wounds faded. The owl called its lonely song. He closed his eyes and rested in the cold light. 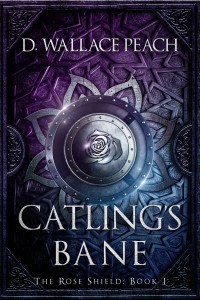