A few days ago, Colleen Chesebro announced the winners of the Word Craft Poetry Syllabic Poetry Contest held to honor the Summer Solstice. The theme was dreams, and poets were instructed to use the syllabic form “tanka prose.” This form combines short prose with a 5-line tanka poem (with a syllable count of 5/7/5/7/7).

I was delighted and honored that my poem “Am I Dreaming?” came out on top. I’m grateful to the judges for their selection and to Colleen for continually encouraging all of us to learn and write poetry. She’s a whirlwind of energy and creativity.

Please take a moment to pop over to Word Craft Poetry to read the other top poems, written by Ken Gierke, Merril D. Smith, and Jude Itakali. Not only is their poetry beautiful, but it shows off the depth and versatility of the form and the enormous talent in our writing community.

I think that’s the name of the series. I like the alliteration anyway. Better than Soul Gulper.

Perhaps you remember the character Raze from one of Sue Vincent’s #writephoto prompts. Well, he’s back with a series of his own.

I don’t have too much to share yet, but here’s a brief peek at the act of swallowing a soul:

When the others retired, Raze sat by the hearth, its flames dwindling to scarlet embers. His grief for Briyon unearthed old ghosts, his mother among them, an ageless portrait suspended in the gallery of his mind. Not so his memories of Mirelle. Those lingered with infinite fluidity, entangled with visions of the past and dreams of a future that would never be.

Six years had shuffled by since her death, five since he’d joined Briyon at the freehold, and no lever had proved long or strong enough to pry her from his heart. Loneliness invaded his body so deeply it punched the breath from his lungs and sapped the strength from his back, and no hoping and wishing could bring those people back. A twenty-one he was master of the freehold, a tired soul, angry at a world he couldn’t control.

He turned the pendant over in his hand, keenly aware of its delicate beauty. The white soulstone had transformed, no longer solid but translucent with pale wisps of color swirling like morning mist. Copper wire the breadth of a strand of hair coiled around it, holding a round sliver of peridot in place with a final twist of two tiny leaves. It glowed with a soft light, indicating the presence of a soul. A soul he loved.

With great care, he unhooked the copper leaves, unwound the wire, and removed the green gem that capped a small hole. Inside, an iridescent sphere resembling a pearl shone with a brilliance that startled him. Were all souls so bright? He didn’t know; this was his first. He rolled it into his hand. Would he swallow it? Did he want what Briyon offered? Was there anything to fear?

The pearl of light glowed in his palm, offering no insight. He placed it back into the pendant. No need to choose; no decision pressed him to act with haste. The round gem refitted, he coiled the wires, paused, and then uncoiled them. In one fluid motion, he uncapped the pendant, tipped the sphere into his mouth, and swallowed.

A rush of heat streamed from his belly, up through his heart into his head and down his limbs to his fingers and toes. His body trembled, the sensation alien, but not frightening, and not long lived, for it subsided as quickly as it had overtaken him. Eyes closed, he accepted Briyon’s soul. In the quiet of night, he exhaled a long breath, crept to bed, and dreamed another man’s dreams. 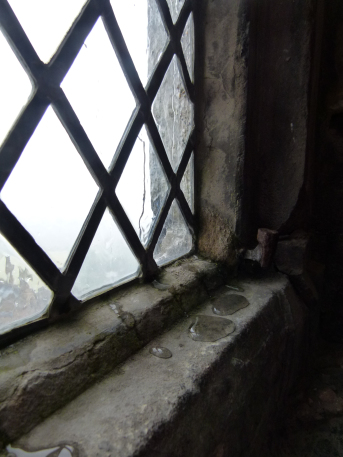 “You will wed Nallea,” Lord Rydan commanded. “It is already agreed. This is not a lad’s game.”

“In eight years, she will be fifteen. I will not argue this with you.”

“That is of no consequence, Raze. You will be Lord of Vestrelle. You bear responsibilities, duties to the land, a future in the kingdom. Do you think these puny provinces will remain under separate rule? Do you believe our rivals will idle contentedly within their walls?”

Raze curled his fingers in silence, any reply wasted breath. “What about love?”

Rydan’s eyes tightened into pale slits, and he faced his son. “Love will follow.”

“Did you love my mother? Did she love you?” The questions had barbs, and Raze would use them to pull his father’s heart inside out. “Was your marriage forced upon you against your will?”

The Lord waved away his argument, but his jaw softened. “No, it was not.”

“Did you wed her for love?” Raze would force an answer. Even if it made no difference, his father would acknowledge the unfairness of his demand.

Rydan retreated to the window that peered over the rose garden pruned and dripping in the squalling rain. Its glory had turned brown and brittle during the bitter months of snow, love’s blooms reduced to thorny canes with sharp tips. A corner of his father’s heart had remained faithful to his mother, tenderly caring for her roses, his affection for the delicate petals a stoic confession of love and longing.

Four years ago, she’d drowned on the winter sea, and though they’d all, more or less, moved on with their lives, they each saved a sacred place for her. She had carried a piece of their hearts with her when she died, and the wounds had yet to heal.

Thanks for Sue Vincent for her Thursday #writephoto prompt.
Check out her site and join in the fun. 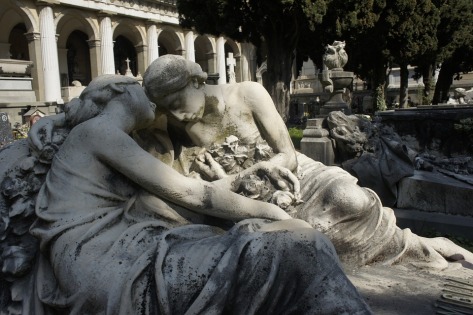 The first book that ever made me cry was Charlotte’s Web. At age ten, I wept for a dead spider, my tender initiation into literary grief. I still remember the cathartic feeling of those tears and the sense that I’d touched something profound and mysterious to the human experience. Did E.B. White intend to change the course of a little girl’s life? Hmm…the power of books…

As an adult, I earned a degree in pastoral counseling and volunteered in several capacities as a grief counselor. I journeyed alongside children and families who’d suffered the death of a parent or sibling, and the elderly who would soon embark on their own profound and mysterious transitions. The unsolved murder of my youngest brother in 2003 brought the whole experience home, up close and personal.

So, what does this have to do with writing? As a reader, emotional authenticity is key to my immersion in a story. I swear I can tell if a writer is baring his heart on the page, or regurgitating sentiment witnessed on a movie screen. This doesn’t mean that we as writers must personally endure every painful loss that our characters’ experience. Loss is loss, fear is fear, and they’re often transferable with a little imagination (of which we artists have plenty).

What it means to me is that we have to be willing to fully travel those paths when they present themselves, in life, and yes, in those great books (and movies) that strum our heartstrings. We need to be explorers of our emotional pain, brave enough to embrace it, to pick it apart and feel its sting. We need to dig into the fear that underlies our emotional wounds and speaks ultimately to the human condition—that each of us is here only temporarily. That we matter immensely and matter not at all.

There are days of writing and crying, snot-nosed and puffy-eyed, breathing through my mouth with a roll of toilet paper at my elbow. When I write about loss or pain or a main character’s death, I know where my tears originate. I hope that if someday you read such a scene, you’ll be genuinely moved. Then I’ll have done my job.

The first book I read that dealt with death was Charlotte’s Web. I cried at the little spider’s demise and reread the book a week later, so I could cry again.

When I grew up, I became a grief counselor and hospice volunteer. I ran grief groups for children and families. The resiliency of children, their ability to find joy in the midst of deep sorrow and uncertainty, led me to a career in early childhood mental health.

I did all this before death balled up a fist and punched me in the face.

On July 3, 2003, my youngest brother, Dan, was shot in the head. Twelve years later, his murder remains officially unsolved.

As you might imagine, my experience has led me to be somewhat discerning about the presence of grief in the books I read. In fact, a psychologically “normal” character’s complete lack of any grief response to the death of a family member or friend damages the reality of a story for me.

The good news for writers is that people grieve differently, so the portrayal can take many shapes. Grief reflects one’s age, culture, previous experience with loss, values and beliefs, coping mechanisms, the safety of the external environment, nature of the death, and the complexity and depth of the lost relationship.

The hard part is that a writer still has a story to tell. Unless the plot of the book centers on a death, the author needs to move the characters along. The story can’t stop while everyone recovers a sense of efficacy.

The prerequisite to all of this, as you might guess, is the need to know your characters. How one responds to death and grief is a reflection of the whole person. They will all react individually AND they will react to each other’s reactions. Conflicts and misunderstandings are common; your survivors will align or crash against each other.

When my brother was murdered, I experienced a large number of common grief responses. Thankfully, books don’t require that breadth of detail. Writers only need to pick one or two that are in keeping with the character’s personality and relationships. That will be enough for your readers. They’re smart; they’ll fill in the rest.

Below, I offer an overview of grief’s many manifestations. It’s not an exhaustive list by any means (to do that I’d have to write a book!).