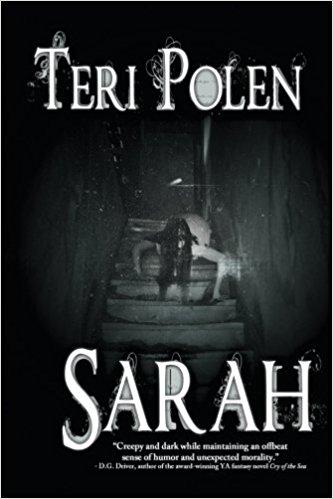 I’m not much of a horror reader since Dean Koontz scared the bejeezus out of me as a teenager. I’m also not a huge fan of teenagers. The real ones are tolerable, but the ones in books sometimes drive me crazy. They’re angsty,  dramatic, and they make dumb decisions. They remind me of me at that age.

So… when I picked up Teri Polen’s YA horror novel, Sarah, I was worried.

Well, silly me for fretting. The book was awesome. I’ll give you my review below, but first, I had to quiz Teri. One of the best things about the book was the way she dove into the experience of Cain, a 17-yr-old teenage boy. It felt totally genuine to me, and I happen to know Teri isn’t a 17-yr-old teenage boy. How did she do that with such authenticity? How did she prepare? Here’s her answer: 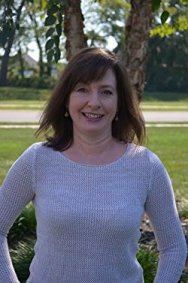 You’re not the first person to ask how I channeled the voices of 17-year-old boys, Diana. A good friend is convinced I was a teenage boy in a previous life. I have two sons—I honestly don’t know what I would have done with girls—and we’ve always had a steady stream of their friends hanging out at our house.

I spent countless hours driving them to sports and band practices, sleepovers, movies, dances…you get the picture. They trash talked each other while playing video games, compared puzzling encounters with the female species, and debated superhero movies. I’ve witnessed their heartache after breakups, their bets on when a friend would get dumped by a new girlfriend—and if it would be by text or in person, and their vehement defense of each other when challenged.

All the while, I listened. And it’s mostly been quite entertaining and enlightening. When the characters in my head demanded their story be told, it was natural they’d be teenage boys, because that’s what I know.

Cain’s pigsty of a bedroom is a near perfect picture of my oldest son’s room—or as my younger son calls it, ‘The Black Hole’. Things have literally disappeared in there, and the smells emanating from that room have been horrific at times. If a zombie apocalypse happened today, we could live on the half-empty Gatorade and water bottles, snack bags, and protein bars for quite a while.

My sons and their friends probably never dreamed some of their comments would come back to ‘haunt’ them in a YA horror novel. You never know who’s listening.

Sarah is categorized as YA horror and the book fits the genre perfectly. Sarah is a teenage ghost seeking revenge for her murder. She returns to the scene of the crime, now the home of Cain Shannon, a 17-year-old horror fan. At first, she appears shy and vulnerable, and Cain agrees to help her, but she’s not as helpless as he believes. With each bloody act of revenge, she grows in power, and her tactics increase in brutality. Before long, Cain is in the battle of his life against a ghost intent on death.

This book has some really creepy, icky, suspenseful, and scary things going on, but the scare-factor and gore feel appropriate for YA readers (as well as adults). The story grabbed my attention from the first page, and the tension and suspense escalate at a steady pace without much of a break right up to the climatic end. Even the last few paragraphs of the epilog are worthy of a few terrifying chills.

Though the horror aspects of the book were engaging, what impressed me the most was Polen’s outstanding characters. All of them felt well-rounded to me with fully developed personalities, but I was totally taken with the main character Cain and his friend Finn. They felt authentic to me in their thoughts, emotions, dialog, banter, friendship, and relationships with others. I’m in awe of the author’s ability to capture the essence of teenage boys with such expertise. I found the pair of them refreshing and likable, and therefore enjoyed the non-horror moments of the book as much as the horror, if not more so.

Another thing that impressed me was the believability of the characters’ choices. I often find that characters in horror (movies) make stupid choices because the plot would keel over and die if they acted sensibly. Polen was meticulous in building a backstory that supported Cain’s decisions, particularly his choice not to involve his mother and to stay in the house despite the presence of a murderous ghost. This careful attention to character and plot kept me enmeshed in the story from chapter one right through to the end.

An excellent book for both YA and adult readers of horror and suspense.

Eh, what’s one more book in your TBR pile? Here’s a link: Sarah

Connect with Teri on her book review blog: Books and Such 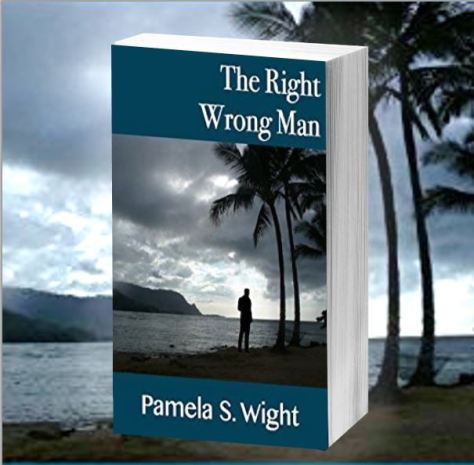 I’m slowly whittling away at my TBR pile, and recently finished Pamela Wight’s book The Right Wrong Man, a 5-star read. My review is below, but before we head there I thought it would be fun to pick Pam’s brain about her main character: Meredith.

Meredith is bright, sarcastic, and strong-willed. She’s also confused about relationships, recklessly brave, and tender-hearted. She was so authentic to me that I got thinking: Where did this character come from? Is she pure imagination? Is she a version of the author? What was it like to write such a dynamic personality? I posed these questions to Pam, and here’s her reply: 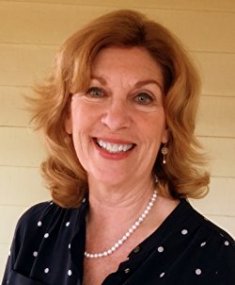 Where did Meredith come from? Is she me? Oh, how I wish that was the case. But I’m a quiet introverted writer – except when I’m dancing in the middle of the grocery checkout lane or chortling when I beat my grandson in a 3-hour game of Monopoly.

Well, except I haven’t beaten him yet. But if I ever do, I’ll chortle, for sure.

Virginia Woolf claims that “Every secret of a writers’ soul, every experience of his life, every quality of his mind, is written large in his works.” Yes, I totally agree. Our “insides” come outside to play when we write. That doesn’t make us our character, but it certainly helps us create our character.

In The Right Wrong Man, Meredith is a medical editor for a Boston publishing company.

I was once a medical editor.

Meredith runs on the paths of a magnificent wildlife refuge in New England.

I walk that same path, marveling at the flying geese, the honking frogs, the slivering eels as they escape into the murky marsh.

Meredith struggles with motion sickness on a rollicking yacht as she works with an arrogant, brilliant author.

Yes, I once met an author on her yacht off of St. Thomas, losing the battle against motion sickness in a most humiliating manner.

But am I Meredith?

Not in a million years.

Characters come from some deep well of understanding within us, a well that perhaps is born from our own experiences, from our secret soul, but each character is his or her own being.

I’ve never met Meredith “in the flesh.” She’s no one I know in this world: not a friend, or a relative, not even an acquaintance from work, or the bank, or the yoga studio. Meredith arrived, whole and feisty and fun, entirely on her own, with a little help from my writing pen and my ability to let go and let her show me the way.

This is why I find writing so mystical. Magical, if you will. Meredith’s humor and cheekiness made me laugh out loud at times as my pen flowed; I could never be that brave or funny. I clenched my teeth as Meredith flirted with Carlos. She was playing with fire, so to speak, and could get seriously burned. Stop!

But Meredith didn’t listen to me. I was only the conduit for her story. She played me as well as she played Parker, even turning her back on me at times if I tried to tell her what to do.

So I let her have control, and I just came along for the ride.

That’s what imagination does for us. If we allow it to roam and float and fly freely, imagination offers characters who write the stories for us.

In this case, Meredith took me on a twisty curvy ride that was the journey of a lifetime.

This is one great read, that I had a hard time putting it down. I even took it jogging, if you can picture that. The story is brimming with action as Meredith Powers, a 32-year old woman with a demanding job and quirky family, gets caught up in a good-guy/bad-guy mess where it’s hard to tell who’s on what side. The mess is related to her ex-boyfriend Parker and his job, which required frequent mysterious disappearances. Theirs was a doomed relationship that she’d successfully put out of her mind… until he shows up out of the blue and everything goes haywire.

The rip-roaring plot, full of twists and turns and lots of guessing on this reader’s part, was highly entertaining. But what I enjoyed most was Meredith as a character. She’s bright, sarcastic, outspoken, and strong-willed. She’s also confused, recklessly brave, and tender-hearted. If she was a real person, I’d be torn between bopping her on the head and hugging her. The story is told in first-person from Meredith’s point of view. This allows for some fabulous commentary as part of her inner dialog. Her voice is strong, consistent, and thoroughly engaging.

Parker is an interesting character even though he’s actually absent from most of the book. The reader learns about him through Meredith, and the mystery surrounding his character is immensely appealing. All of the characters, even those with bit parts, are distinct with their own voices and personalities.

The pace is speedy, and the story is superbly edited. In my opinion, The Right Wrong Man will appeal to a broad audience with a little of something for everyone – action, mystery, suspense, and a pinch of romance. I want a sequel!

An additional note: Yes! I got the scoop…
a sequel is in the works!