A few more fabulous reads from my travels! 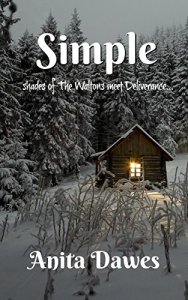 This story was a riveting page-turner that I was unable to put down and couldn’t wait to get back to when I did. The tale takes place in the backwoods hill country of the Eastern US where life unfolds according to different rules than it does in town. The law has no influence, relationships are frequently brutal, and survival requires living by one’s instincts.

The main character, Leanne, grows up in a cabin with her grandmother and extended family where a “meanness” comes out in violence and cruelty. She and her mentally disabled uncle, Simple, are burdened with kind hearts and eventually, their defiant choices put them in mortal danger from their own family.

Part of what makes the book so engrossing is its utter unpredictability. The tension sits on a knife’s edge at all times. The family is explosive, and Leanne, though only fourteen, survives by her wits, knowing full well the nature of her adversaries. All of the characters are thoroughly believable and so real that I’m staying far away from any place where I might run into their like. Honestly, it’s a bit chilling.

Dawe’s prose reflects the colloquial dialog and lack of education among the hill-folk, and yet it flows smoothly and is effortless to read. Each character’s voice is distinct and consistent. There is no gratuitous sex or violence, although these elements are frequently present as ways in which the family’s goals, anger, and revenge are carried out. The details regarding hill-life lend credibility to the story and increase immersion.

Despite the brutality, ultimately this is a read about the power of kindness and love, and finding one’s way home. This book is one of my favorites this year. Definitely high on my recommendation list. 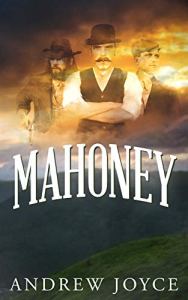 Mahoney is a family saga that follows the lives of three generations of fathers and sons. Part I chronicles the immigration of Devin Mahoney from Ireland to the US in the mid-1850s to escape the potato famine. Despite rampant discrimination, he contributes to the growing nation as a brick-layer and railroad man. Part II extends into the American West with Devin’s son, Dillon, who becomes a US Marshal and California oilman. Part III transitions to the story of David Mahoney as he rediscovers the country his forefathers helped build and finds himself in the process.

Joyce tells the story in an omniscient point of view, sprinkling third-person and first-person narratives with historical details about the time and place, the men’s vocations, living conditions, war, justice, and injustice. These details are well researched and add a fascinating backdrop to the human story. Descriptions are vivid, and the pace is leisurely.

The characters are richly developed. The dialog is exceptional, and relationships feel authentic. I felt connected to each of the three men and their stories and was moved at the end as David Mahoney embraces the legacy left by his father and grandfather. An excellent read that will appeal to anyone who enjoys stories about multi-generational families, historical fiction, or the making of a nation.

Life in a Flash 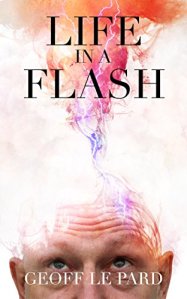 This generous collection of flash fiction is full of quirky humor. Le Pard has a way of exaggerating recognizable human interactions and bringing to light their inherent nonsense in a fresh and delightful way. I kept opening my Kindle during the night to read one or two more.

But humor isn’t the only offering on the book’s pages. Sprinkled among the laughs are some poignant stories that strum the heartstrings, and some social commentary that points to the human condition and the current struggles faced by many. I highly recommend this book to readers who enjoy flash fiction and a clever and imaginative take on life. 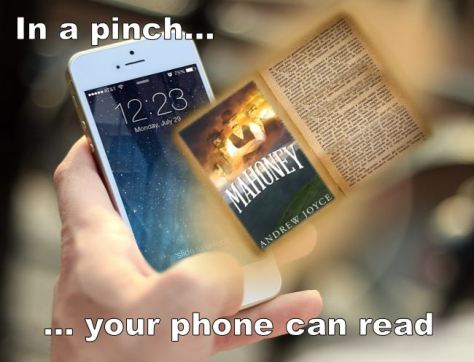 Back in May, all of a sudden, I was going to be spending about 12 hours on the road every week shuttling between Oregon and Washington to care for my parents.  Add to that, the daily commutes between homes, appointments, and errands.

What better use of the time than to listen to books.

But I didn’t have Audible, didn’t have time to look up books, and didn’t have unlimited funds. AND I had a teetering pile of ebooks that I hadn’t read. Hmm…

Can I have my antique, cracked iPhone read to me?

The answer was YES.

1. I “read” a bunch of books that were languishing in my Kindle file.

2. A book doesn’t need to be an audiobook to listen to it.

3. I accessed the books through the Kindle App on the phone.

5. The reading speed is adjustable.

6. Now I can listen to books while making dinner or weeding the garden or exercising. So, I’m “reading” more.

7. It doesn’t cost anything.

1. According to author/blogger Andrew Joyce, he wouldn’t wish the phone’s “robot voice” on his worst enemy.   iPhones don’t read with any inflection. It is, indeed, Siri reading to you in her droning monotone. I’ll admit, the first couple of books were tough, but my brain eventually compensated and started focusing on the story and characters despite robot-voice.

3. Siri doesn’t transition well through chapter or scene changes. She just barrels through them, which can be disorienting.

4. Poetry is impossible. Don’t even try it.

5. The iPhone has a problem activating the speech function, and it can take a lot of tries. It will also occasionally decide that it’s done after one page instead of flipping to the next.  Apparently, these issues have been a problem for years and Apple doesn’t care. I occasionally need to hard-reset or restart my phone, or both, to get it to read.

How to set up your iPhone for speech:

(If you don’t have an iPhone, I can’t help you, but the internet might! This is part of the accessibility function for visually impaired phone users, so I think most brands will have something similar.)

Open your Kindle app and select your book. Go to the first page you want to “read.”

Swipe down on the phone with two fingers (possibly multiple times, like 30).

If it works right, the phone will start reading to you, including flipping your pages.

If it doesn’t work, do a hard reset of your phone, restart your phone, or both. This is totally annoying but worth it in the end.

And don’t wrestle with any of this while driving. Pull over, please. 🙂

The parental saga continues.
I’m not sure when I’ll be back to blogging full-time but I’m looking forward to it.
In the meantime, I’m reading with Siri. ❤