I’m working on the outline for my new trilogy, and it’s not going well. Summer is such a distraction, isn’t it?! The muse is not amused. I dug this post out of the 2015 archives to give me some inspiration. I hope you enjoy it. 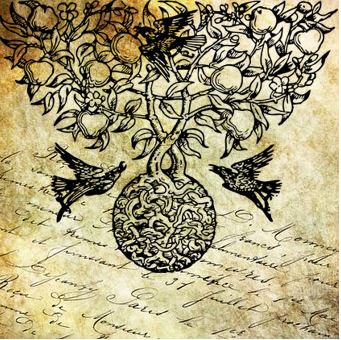 When I plunked down to write my first book, Myths of the Mirror, I was on a mission of discovery, led by the muse and sheer inspiration.

I had no plot in mind beyond a mental sketch of a couple things that could happen maybe sort of somehow. It was all incredibly vague, but what did I know? Nothing. I wrote like a woman obsessed, relishing every moment of my creative forage and traipsing along behind my characters down whatever path they chose to wander.

Halfway through my journey, a secondary character whom I was in the midst of killing off stood his ground. With the unwavering support of his companions, he argued that he should not only survive but should become a main character. “Oh, okay,” I said, and skedaddled back to the beginning of the book to start over. That happened a lot.

A year later, once every character had their say and did as they pleased, my masterpiece was almost 190,000 words long. Ta da! Ready to celebrate, I enlisted a few courageous readers.

For the next two years, I peeled away words, sentences, paragraphs, scenes, and whole chapters! Deleted. Recycled. 65,000+ words forever gone. I felt as though I’d been flayed.

Then an editor wielded a red pen and lopped off another 4,000. After all the anguish and suffering, I had to finally admit it – I had a much better book.

George R. R. Martin separates writers into Gardeners and Architects. Gardeners are discovery writers, planting seeds and digging around in the dirt of writing because they can’t wait to see what grows. They thrive on a process that is full of surprises and let their stories develop organically. To them, outlines feel like straitjackets, stifling the natural unfurling of character and action.

At the other end of the spectrum, Martin’s architects are outliners. Structure is key. Charts, graphs, and spreadsheets abound. Every step is planned in advance: the story’s try/fail cycles are mapped, the hero’s journey arcs through its phases, the turning points and pinches are set in stone. For outliners, the steps of each plot and subplot form the stairwells in a skyscraper. An architect has an eye on the penthouse and knows how to get there. 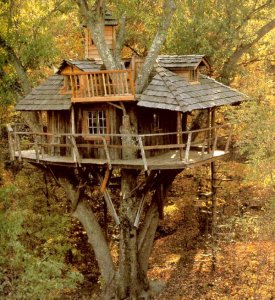 After my trials and tribulations as a gardener, I brushed off my hands and applied a bit of architecture to my stories. I wouldn’t say I engineer skyscrapers – that’s still too much concrete for me. In my mind, my method is more akin to building tree-houses, leaving plenty of space for nature and play.

I plot out the story’s threads and set the characters off on their journey, letting them be who they are. Occasionally we have to negotiate and backtrack, but overall they cooperate. It’s collaborative; they know their goals and I know mine.

My guess is that most authors engage in a little gardening while they construct their cottages, fortresses, and stone towers. Or they have a few fences to keep the growing things safe from rabbits. How do you bring stories to life? Are you a Gardener? An Architect? A builder of tree-houses?

175 thoughts on “Gardeners and Architects”