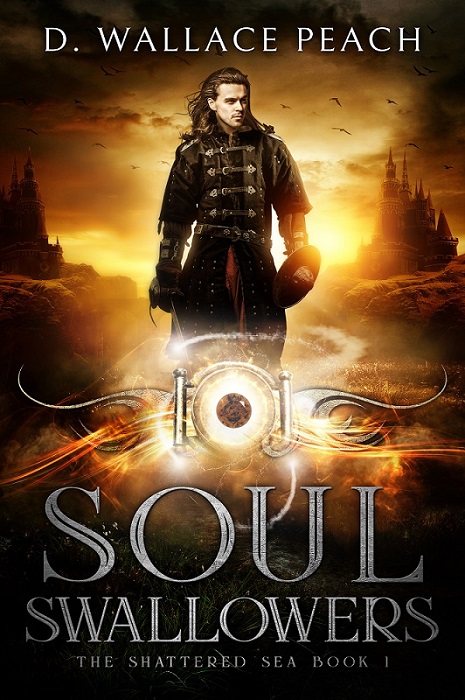 When swallowed, some souls gift insights, wisdom, a path to understanding. Others unleash power, proficiency with a sword, and indifference to death. One soul assimilates with ease. But swallow a host of the dead and risk a descent into madness.

Estranged from his family over the murder of his wife, young Raze Anvrell wields his fists to vent his rage. Then a chance at a new life beckons, and he retreats to the foothills of the Ravenwood, the haunt of unbound ghosts. He and his mentor build a freehold, a life of physical labor and the satisfaction of realizing a dream. They raise horses and whittle by the fire until the old man dies, and Raze swallows his first soul.

When his brother reaches out, open wounds begin to scar. But the tenuous peace won’t last. While those who rule the Vales yield to the lure of their ambitions, slavers of Ezar roam the countryside, hunting for human chattel. While one man manipulates the law, another heeds the souls of violence howling in his head.

Raze too listens to his soul’s whispers, and as danger intrudes on his quiet life, he has no choice but to return to his father’s world and join the fight.

In this completed series, epic fantasy blends with the wisdom of old souls to create a unique coming of age story of courage and honor in the midst of evil. Slavery is pitted against freedom, anger against forgiveness, and a desire to live peacefully against the necessity to take up the sword.

It’s a story of bitter estrangement and broken hearts, of deception and unfettered ambition. For Raze Anvrell it’s a journey of violence, redemption, and his soul’s growth as he transforms from a reckless youth into a man with a rich legacy of souls.

Thank you, my bloggy friends!

The seeds of this story started a decade ago, and with the first ten chapters written, the tale languished. In 2017, a writing prompt (from Sue Vincent) reawakened Raze, and he walked back into my life. My state of “unknowing” about the nature of the soul, and my belief in its immense beauty and potential, fed the fantastical magic of soul swallowing, and the tale began to unfold.

Many thanks for my wonderful bloggy friends who endure my discussions of the art and craft of writing and encourage my creativity. Special thanks to my beta readers Cathleen Townsend and Erik Tyler whose careful reads of the story added all the spit and polish to my prose. The book shines because of you.

I’m grateful to every reader who picks up a book and is carried away by my stories. I hope you enjoy. ❤