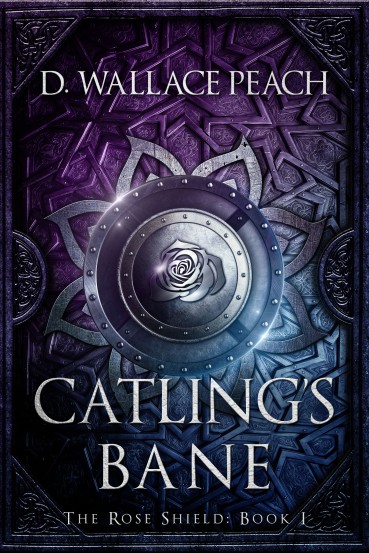 Having a cover show up in your email is one of the highlights of getting a book ready to go. There’s that eager anticipation as you click on the image. Will you like it? Will it be anything like you imagined? Will it adequately identify the genre and theme of your book? What if you hate it??? That moment arrived with delight.

In the tiers of Ellegeance, the elite Influencers’ Guild holds the power to manipulate emotions. They hide behind oaths of loyalty and rule the world. A child born in the grim warrens beneath the city, Catling rues the rose birthmark encircling her eye. Yet, it grants her the ability to disrupt the influencers’ sway. She’s a weapon desired by those who reign and those who rebel.

Established methods of civil control disintegrate before her. Most of the guild wish her slain. One woman protects and trains her, plotting to use her shield to further imperial goals. No longer a helpless child, Catling has other plans. As chaos shakes the foundations of order and rule, will she become the realm’s savior? Or its executioner?

The cover for The Rose Shield Series was created by
Deranged Doctor Design.