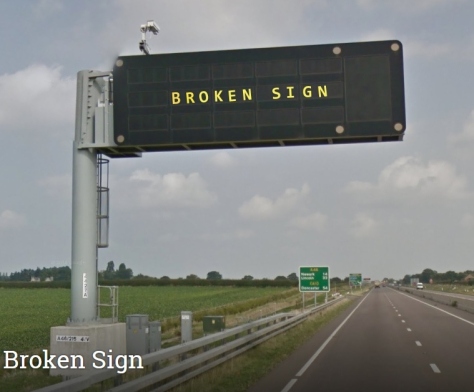 First off, thank you to everyone who offered suggestions on my dragon book covers. Once again, I’m grateful to the lovely bloggers who people this virtual world. I can’t describe my gratitude for the friendship and support. 🙂 I tried every single idea and used most of them.

Special thanks to Nick (better known as Babbitman) not only for encouraging me to design different dragons for each cover but for actually doing one of them when I felt overwhelmed by the mere thought! He came through gloriously, and after he finished one, I was able to dismember and reassemble the rest.

Nick’s short story “Broken Sign” is a favorite of mine. Original, clever, quirky, and entertaining. I’ve closed comments. So just relax, read on and enjoy!

There’s been a lot of talk recently about the dangers of artificial intelligence with luminaries such as Stephen Hawking, Bill Gates and Elon Musk warning that AI could be “more dangerous than nuclear weapons”. Science-fiction has been banging this particular drum for decades: from HAL 9000 to Skynet in the Terminator movies, there are dozens of examples of artificial intelligence going rogue. Which is why it probably comes as a shock to learn that the first truly self-aware artificial construct was an overhead electronic variable message sign on the northbound A46, a few miles outside Nottingham. (continued….)