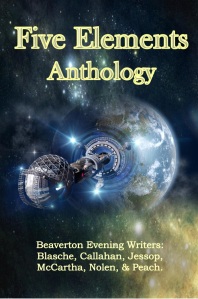 At least once a year, my writers group slips into a period of enthusiastic over-exertion. In 2014, our creative mania took a fresh turn. We decided to write short stories built around five randomly selected elements: a ghost, an alien, a spaceship, a conflict with a boss, and a fireplace poker.

Despite the unifying elements, the result was seven entirely unique tales. After months of rewrites, we chose to publish the Five Elements Anthology and donate all royalties to charity. 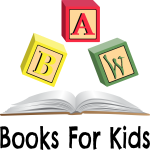 Choosing the charity took a whopping thirty seconds. We selected Books for Kids, a Willamette Writers’ literacy program here in Oregon. Far more complicated was figuring out how to make the donations. I discovered early on that there’s no definitive source for information or guidance on this topic.

I can guarantee that I’m no expert on this, so the information below should not be taken as gospel. My intent is simply to share what I learned. More accurate and/or detailed information is welcome!

1. Amazon has rules about mentioning a charity on the cover or in the blurb. The best Amazon link I found on rules is here. For our book, we elected to avoid the rigmarole and placed information regarding our donation in the Author’s Note. We included the sponsoring organization’s logo and link, and the name of the charity with its logo and mission.

2. Several sources recommended the obvious: Obtain written permission from the organization to use the name of the charity, and its logos and links. We did this all through email. Once we had conceptual approval, we submitted the final Author’s Note for a second written approval.

I will add here that Willamette Writers expressed a great deal of enthusiasm for our effort. It probably helped that the organization is writer-focused, and one of our authors is a member. We sent one sample story their way, but don’t be surprised if an organization wants to read the whole book before approving the use of their name.

3. We were not able to find any way for royalties to be paid directly to the charity without the charity itself taking on the role as “publisher.” My research suggested that charities, in general, are resistant to assuming this role for fear that it may in some way conflict with their tax-exempt status. They may also be unwilling to take on the additional accounting requirements. Though subjective, the consensus on this topic seemed clear, and we chose not to investigate this as an option.

4. The IRS wants its share, of course. Though we have six authors, one of us had to take official ownership as the “publisher/author.” He will receive royalty checks by mail and simply sign them over to the charity. He agreed to absorb any taxes a well as any benefits from the donation, unless of course our little anthology sells tens of thousands of copies. That would be a nice problem to have, and would likely require some adjustment to our arrangement.

I won’t belabor this point, but f you are engaging in this adventure with other authors, such as we did with the anthology, use caution and be certain to work out the financial arrangements in advance.

5. Finally, what did we gain from this? We received free publicity in the Willamette Writer’s newsletter when the book when live. We’ll get a little promotion when we hand over the big, fat check (yep). In addition, we hope that if readers enjoy our stories, they’ll link to our other books. And finally, we feel great about supporting our community of future readers!

Hope this was helpful.

If you are so inclined, you may order your $.99 copy here: Five Elements Anthology.

5 thoughts on “Donating Royalties to Charity”